You Will Be Buried Here 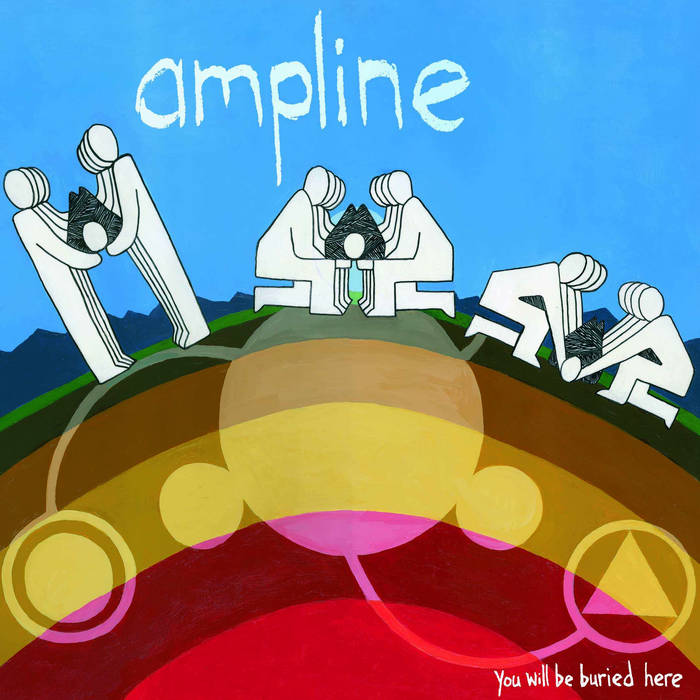 Ampline plays the type of music that makes genres irrelevant. You Will Be Buried Here crams 17 tracks of rock, punk, post-rock, post-punk, indie-pop, folk and more into 43 minutes. To say that it defies classification is like saying Picasso is a painter. It just doesn’t do the phrase justice. Ampline plays music, and they do it brilliantly.

The band kicks the set off with the title track, a mellow rumination complete with piano, bell kit and vocals (which are used sparingly throughout). Having known them primarily as a raucously energetic band, this was a bit of a curve, but a good curve nonetheless. After a very enjoyable minute, they shut the tune down and kick into their first distorted tune, “Our Carbon Dreams.”

Ampline’s sound is very simple: a guitar, a bass guitar, a drummer and occasional vocals. They make much out this by limiting repetition of parts and genres. “Our Carbon Dreams” comes complete with ascendant guitar lines reminiscent of early Appleseed Cast. “Until He Wore Out and Died” opens with a complicated, rhythmic bass line and uses it as the jumping off point for an incredibly enjoyable tune. “Vessels of Dead Weight” turns a low-slung riff into a herky-jerky headbanger. “The Electric City” is an almost-optimistic tune with some great guitar work. “Petals” includes sleigh bells in the mix for a different feel.

It’s all held together by a very tight mood that stays strong even when the songs change. Guitarist Mike Montgomery recorded, mixed and mastered the whole effort, and the fact that someone very close to the tunes did the engineering is clear. The mix is pristine, showing off exactly what the band is. The mix is so immediate that it feels as if Ampline is in the room with you.

The songs within are strong, engaging and worth repeating, each emotional in a far more realistic way than Dashboard Confessional or the latest pop/punk band are. They draw the listener in, clearly display an emotion, and invite the listener to experience that with the musicians. It’s this pull throughout the entire album that makes closer “Room and Pillar” the devastating punch it is; after an entire album of tightly-wound, organized music, they lead you out with a single-note melody on a distant guitar underscored by some mumbling. It says volumes with very little, simply because it means something as a piece of the bigger whole.

It is incredibly rare for a band to have talents this strong at each instrument, and rarer still for them to have interlocking chemistry as tight as Ampline’s. This album is striking; even as a person who listens to music all day every day, this album grabbed me from the get-go and did not relinquish my attention until it was over. This is easily one of my favorite releases of the year; I’m sad that I didn’t hear about it until just now. You Will Be Buried Here is a spectacular achievement.

typical Ampline - big rock along the lines of Drive Like Jehu and Fugazi, but mercifully minus a howling animal on the microphone

Bandcamp Daily  your guide to the world of Bandcamp

Featured sounds from Fly Lo and Ahmed Idris, plus Mother Nature hops on to drop off new project